Wismar, 26 August 2016. MV WERFTEN signed a letter of intent with the engineering company Foreship in Stralsund today. The agreement includes parts of the basic design as well as design, purchasing and production assistance of the “Endeavor” class luxury expedition yachts. The 20,000 GT cruise vessels will be built at MV WERFTEN Stralsund, with production starting late 2017 and deliveries from spring 2019.

“We are excited to build a series of the world's first purpose-built expedition yachts, with PC6 polar-class designation,” stated Jarmo Laakso, Managing Director of MV WERFTEN. “Our own staff at all sites and other subcontractors have already been fully involved in this project. Foreship has proven to be a strong and reliable cooperation partner in numerous similar large-scale projects and will be a valued support in addition to our own workforce.”

Foreship is one of the leading cruise ship design and engineering companies worldwide, having been involved in projects such as “Quantum of the Seas” for Royal Caribbean, “Norwegian Breakaway” for Norwegian Cruise Line as well as “Mein Schiff 3” and “Mein Schiff 4” for TUI Cruises.

Being about 160 metres long and 23 metres wide, the “Endeavor” class vessels for luxury cruise line Crystal Cruises will be the world’s largest and most spacious expedition yachts. They are designed to operate mainly in Arctic and Antarctic regions and cruise in the tropical regions when travelling between the poles. They can accommodate up to 200 passengers in 100 suites and the same amount of crew.

“A new era in shipbuilding is being ringed in at the MV WERFTEN. This is an important day for the shipyards in the country,” said Harry Glawe, Economics Minister of Mecklenburg-Vorpommern at the signing ceremony. “Hundreds of jobs are being secured and created. We are pleased about Genting’s looming long-term commitment in our country.”

LOS ANGELES, October 31, 2016 – Crystal, The World’s Most Luxurious Hospitality and Lifestyle Brand Portfolio™, announced today its current outlook for the continued expansion of its fleet and holdings. Over the past 18 months Crystal has undertaken unprecedented steps in what has been the most significant brand expansion in the luxury travel industry, beginning with the launch of the ultra-luxury yacht Crystal Esprit, and Crystal Mozart, the first of a series of sleek river yachts to comprise of Crystal River Cruises, the only true luxury river cruise brand in Europe. In addition to water-faring travel ventures, the 26-year-old company launched Crystal Luxury Air in April, a private jet charter service with a Global Express Jet that accommodates just 12 guests, and announced last Thursday (Oct. 27) the inaugural journey for Crystal AirCruises in partnership with The Peninsula Hotels, which will take guests on lavish global adventures in the extreme comfort of Crystal’s privately owned Boeing 777-200LR.

“The breadth of development we’ve achieved since our expansion announcement in July 2015 has been astonishing and thrilling, and we’ve only just begun,” says Crystal CEO and president, Edie Rodriguez. “We are completely redefining the luxury travel segment and what it means for discerning travelers to truly customize their ideal experiences. As the market and industry evolves, it remains our priority to offer unparalleled luxury experiences that evolve with it, while maintaining our commitment to the utmost attention to detail and service levels that has earned us the loyalty of the savviest world travelers for decades.”

Crystal’s recently launched experiences have already broadened the company’s reach to wider audiences. With Crystal Esprit’s voyages and extreme water toys - including the first ever submarine in the cruise industry - appealing to intrepid and adventurous travelers, the 62-guest capacity yacht has attracted nearly 50 percent “new to Crystal” guests in its first year of deployment.

With the successful completion of Crystal Serenity’s Northwest Passage voyage this summer, the volume of guests seeking luxury adventure travel, and the extensive survey research over the past three years – revealing that close to 70 percent of current Crystal guests have a strong interest in expedition cruising – has prompted Crystal to rebrand its current Crystal Yacht Cruises as Crystal Yacht Expedition Cruises. The new banner will encompass three new build expedition mega-yachts, including the previously announced Crystal Endeavor. The purpose-built polar class mega-yachts will navigate “first year ice” and be outfitted with submarines, helicopters, and remote operated vehicles, feature spacious Penthouses and Villas, and other luxurious amenities. Crystal’s expedition ships will cruise in the Arctic; then follow the route of migrating whales along the coast of the Americas and Europe to Antarctica during winter. Crystal is scheduled to take delivery of Crystal Endeavor in mid-2019, with the additional two expedition vessels debuting in succession the following years.

In the ocean-going experience category, Crystal’s award-winning Crystal Symphony and Crystal Serenity continue to captivate travelers with guests thoroughly enjoying their experiences and making their high levels of satisfaction publicly known. Crystal remains a leader in the luxury industry earning “World’s Best” recognition from the readers of Condé Nast Traveler for a record 23rd year, receiving the highest score in its 23 years of winning the award and by the widest margin ever to the runner up. Additionally, the luxury line won “Best Luxury Cruise Line” from travel professional organizations Virtuoso Travel, Vacation.com and Ensemble Travel. In maintaining continued guest satisfaction, Crystal will heavily invest in massive enhancements for both ships in 2017 and 2018, similar to past refurbishments, such as the $52-million “extreme makeover” to Crystal Serenity in 2013 and the $20-million redesign to Crystal Symphony in 2014. The most significant outcome of these investments will feature full open seating dining for guests on both ships and more suites.

“Not only do our ocean cruise ships continue to earn the highest guest satisfaction feedback, they do so in record-breaking margins,” says Rodriguez. “This enthusiasm only validates our commitment to continuing to invest in the most innovative itineraries and onboard spaces and amenities, as those are the features that are resonating with our discerning guests.”

In the first quarter of 2022, Crystal will introduce the first Crystal Exclusive Class™ ocean ship that will set a new standard of luxury travel with signature features and guest amenities, and boast luxurious Crystal Residences, allowing travelers to literally call a Crystal ship “home”. The privately owned apartments will range from 600 to 10,000+ square feet and have access to private amenities, dining and other services.

In the first months since the newly reimagined Crystal Mozart launched, Crystal River Cruises, The World’s Only Luxury River Cruise Line™, has garnered a near 100 percent favorability rating from its guests. The vessel also was named “Best New River Ship” by the editors of Cruise Critic and Cruise Critic U.K. In summer 2017 Crystal will introduce Crystal Bach and Crystal Mahler, while Crystal Debussy and Crystal Ravel will follow in 2018, with two additional new builds to follow. The first four vessels will sail stunning itineraries along the Danube, Rhine and Main Rivers calling in charming locales such as Austria, Germany, Hungary, and Amsterdam. To support the day-to-day operations of its expanding river yacht fleet, Crystal will officially open a Crystal River Cruises office in Amsterdam on November 21.

“Our commitment to exceeding our guests’ wishes remains paramount. Every step of the way, we are listening to the feedback of our loyal guests and expert travelers,” adds Rodriguez. “As we surveyed travelers on our ocean ships, the enthusiasm for potential Crystal river experiences was overwhelming, which led us to focus a great deal of our initial expansion in that realm.”

As Crystal’s global offerings project skyward (literally and figuratively), the company is also planning to add a second Global Express Jet to its Crystal Luxury Air fleet due to the popularity of the existing charter options, and travel partners and guests’ wishes to customize their vacation experiences with all things Crystal. On the heels of announcing the maiden journey of Crystal AirCruises Boeing 777 with The Peninsula Hotels, which opens for booking on November 1, Crystal will also release on that day a selection of its 15- to 29-day all-inclusive journeys for 2017 and 2018.

In addition to new experiences, Crystal launched a new “All Exclusive” branding campaign, which alludes to the comprehensively growing portfolio of all-inclusive options for travelers. Its global presence also expanded with the opening of a branch office in Miami (opened in early 2016), a sales and marketing office to further support the Australia region (August 2016), and due to the overwhelming demand in the Australia market, a branch office will open in Sydney in 2017. Crystal also announced in March its plans to make the historic Shrine Building in downtown Miami its central display showcase location for its luxury portfolio scheduled to open in spring 2017.

In all, Crystal will introduce at least one new brand experience per year through 2022, with a newly developed timeline as follows: 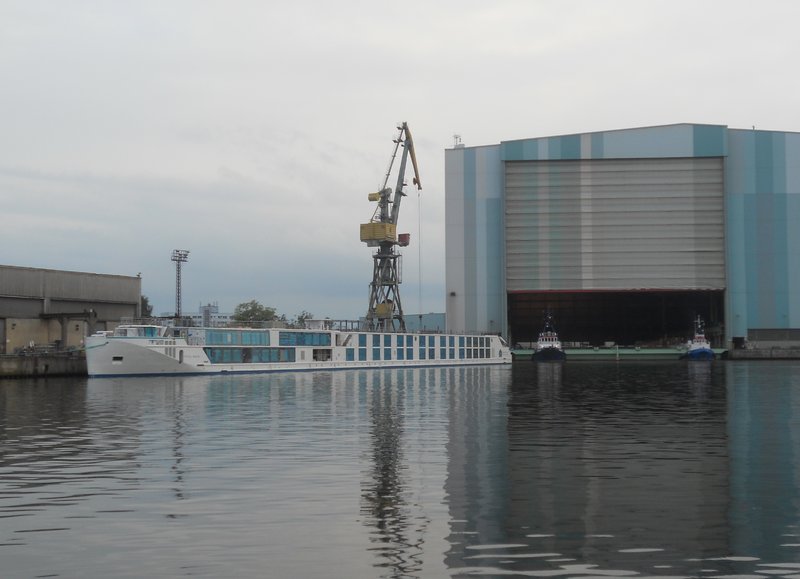 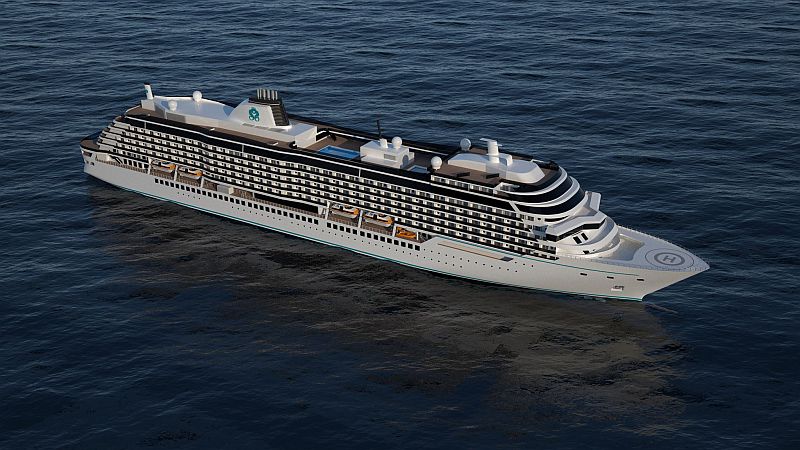 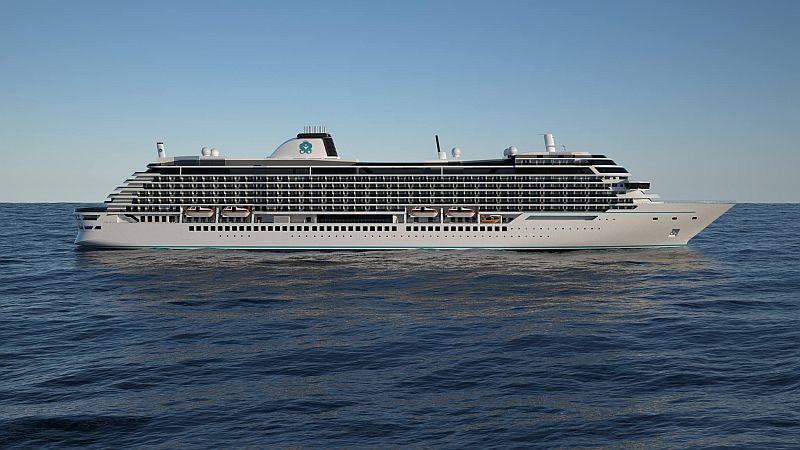