Carnival Horizon To Debut With A Series Of European Voyages In April 2018 Followed By Caribbean Itineraries From New York And Miami
Diverse Schedule to Include Mediterranean Cruises from Barcelona, Caribbean Voyages from New York and Miami

MIAMI, Jan. 24, 2017 /PRNewswire/ -- For the inaugural season of its newest ship, Carnival Horizon, debuting in April 2018, Carnival Cruise Line has assembled a wide array of exciting and diverse itineraries featuring breathtaking destinations throughout the Mediterranean and Caribbean.

Currently under construction at the Fincantieri shipyard in Marghera, Italy, Carnival Horizon will offer many of the hugely popular indoor and outdoor dining, bar, entertainment and activity options that debuted on Carnival Vista, currently the line's newest ship.

Among those is a groundbreaking bike-ride-in-the-sky attraction called SkyRide, an IMAX Theatre and a massive WaterWorks aqua park featuring a water tube slide called Kaleid-o-slide. A wide range of accommodations will also be offered, including spa cabins offering exclusive privileges at the luxurious Cloud 9 Spa, extra-roomy staterooms in Family Harbor, and tropical-inspired Havana staterooms and suites with exclusive daytime access to a Cuban-themed bar and pool.

A variety of unique dining and bar concepts and spectacular outdoor spaces found only on Carnival Horizon will be offered and revealed in the near future.

"Carnival Vista delivered the next generation of ship for our brand with new, never-before-seen features at sea. From our amazing SkyRide and the WaterWorks aqua park to first IMAX Theatre on a cruise ship, Carnival Vista has offered our guests a brand new view of fun. With Carnival Horizon, we continue to expand those themes to provide guests of all ages with the ultimate fun vacation with Carnival!" said Christine Duffy, president of Carnival Cruise Line.

14-Day Transatlantic Crossing from Barcelona to New York
Carnival Horizon will reposition to the U.S. with a 14-day transatlantic crossing departing Barcelona May 9 and arriving in New York on May 23, 2018. Five stunning European and Canadian ports will be featured: Malaga, Spain; Gibraltar; Lisbon, Portugal; and Vigo, Spain – Carnival's first visit to the centuries-old seaside town – along with a stop at Halifax, Nova Scotia, Canada.

Eight-Day Caribbean Cruises from the Big Apple
After arriving in New York, Carnival Horizon will offer an exciting summer schedule of eight-day Caribbean cruises operating round-trip from the Big Apple and featuring visits to Grand Turk; San Juan; and Amber Cove (Dominican Republic). Departure dates include May 28, June 5, 13 and 25, July 3, 11, 23 and 31, Aug. 8, 20 and 28, and Sept. 5, 2018. Additional departures from New York in summer 2018 are being planned and will be announced in the coming weeks.

Guy Fieri – a member of the American Royal National Barbecue Hall of Fame whose namesake burger joints are featured on 19 Carnival Cruise Line ships – will introduce a brand new full-service barbecue venue aboard Carnival Horizon when it debuts in spring 2018.

An expansion of Fieri’s casual barbecue eateries on several Carnival ships, Guy’s Pig & Anchor Bar-B-Que Smokehouse|Brewhouse combines the best of both worlds: authentic, down-home smoked-on-board barbecue and traditional sides created by the renowned chef, along with a selection of distinctive craft beers brewed on board at a brewery located within the restaurant.

The announcement will be made by Fieri at the State Fair of Texas in Dallas during the “Carnival’s BBQ Challenge with Guy Fieri” event during which kids from the local 4H Club were tasked to come up with unique barbecue recipes inspired by Pig & Anchor. The three finalists will each receive a free cruise and Carnival is making a $20,000 donation to the 4H Club of Texas in support of its mission of engaging youth to reach their fullest potential while advancing the field of youth development.

Diners are encouraged to have lots of napkins ready as they enjoy Guy’s Smokehouse favorites such as brisket custom-smoked for 12 hours, Memphis-style baby back ribs, dry-rubbed and grill-finished chicken, pulled pork, and cedar-smoked salmon with an apricot glaze, all cooked “low and slow” using Fieri’s signature rubs and spices. All Smoke House items are served with coleslaw, sweet pickles, and golden honey cornbread or Texas toast.

BBQ fans can spice up their dishes with the chef’s own sauces, including Kansas City (smoky and sweet), Sriracha BBQ (spicy and tangy), Carolina #6 (tangy and sweet heat) and award-winning Bourbon Brown Sugar (sweet and sticky), along with exclusive-to–Carnival sauces like Smokey Chipotle, Gold Coast Yellow Mustard, Black Pepper, and Burning Tomato.

Paired perfectly with barbecue is a delicious and refreshing craft beer created by Carnival’s award-winning beverage team which includes Colin Presby, the only brew master in the North American cruise industry. Presby and team are developing four distinctive micro-brews specifically designed to pair with the venue’s wide-ranging menu. Specific details will be announced at a later date.

“I’m excited about launching my newest shipboard eatery at Carnival,” said Fieri. “I know what it takes to make real-deal barbecue – quality meats smoked ‘low and slow’ and top-notch sides using the freshest ingredients. And when you combine down-home barbecue with a cold beer brewed right on board, you have a truly outta bounds experience!”

Added Carnival’s Director of Specialty Dining Greg Poplewko, “Guy has been a great partner for the past six years and his new Guy’s Pig & Anchor Bar-B-Que Smokehouse|Brewhouse aboard the new Carnival Horizon is the perfect expansion of our partnership, offering lip-smacking barbecue and refreshing craft beers enjoyed in a fun and festive atmosphere.”

The new 138-seat BBQ venue will be located along the ship’s Promenade with indoor and outdoor seating and authentic touches like ceiling tiles made of weathered galvanized siding, red brick walls, hardwood floors and booth and high-top seating with Fieri’s signature FLAVORTOWN catch phrase illuminating the full-service bar.

The restaurant will be open from 5 pm ‘til late every night of the cruise with menu items offered on an a la carte basis and live music nightly. Guy’s Pig & Anchor Bar-B-Que Smokehouse|Brewhouse will offer a free-of-charge self-service BBQ lunch buffet from noon to 2:30 p.m. on embarkation day and sea days.

Other features include the groundbreaking bike-ride-in-the-sky attraction called SkyRide, an IMAX Theatre, and the first Dr. Seuss-themed water park at sea

A wide range of accommodations will also be offered, including spa cabins with exclusive privileges at the luxurious Cloud 9 Spa, extra-roomy staterooms in Family Harbor, and tropics-inspired Havana staterooms and suites with exclusive daytime access to a Cuban-themed bar and pool. 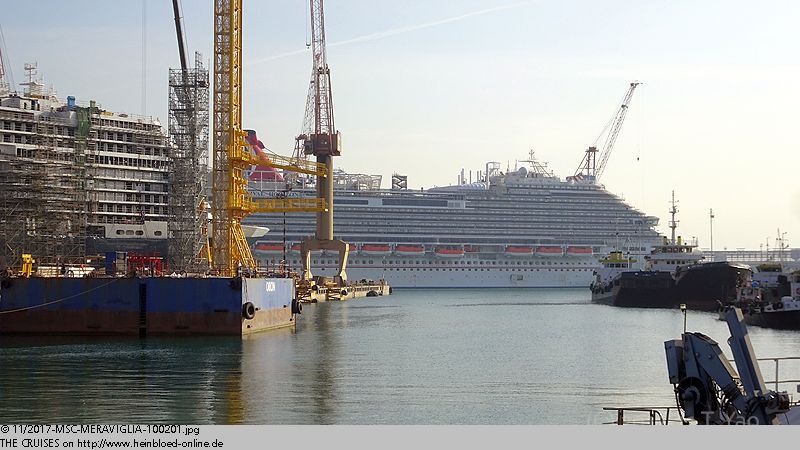 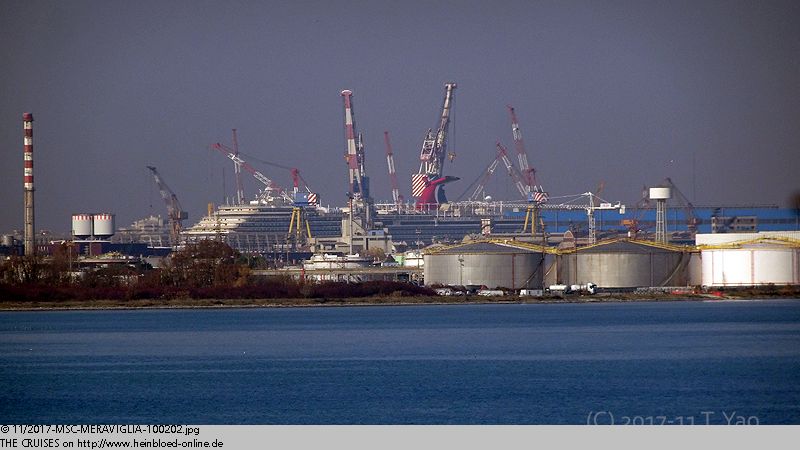 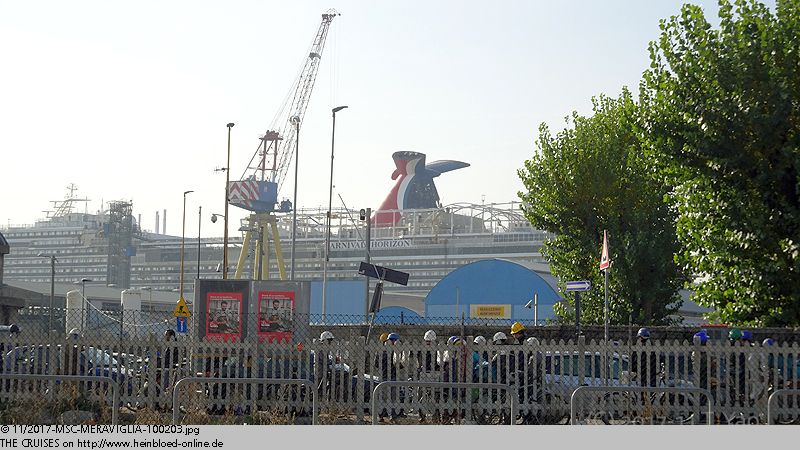 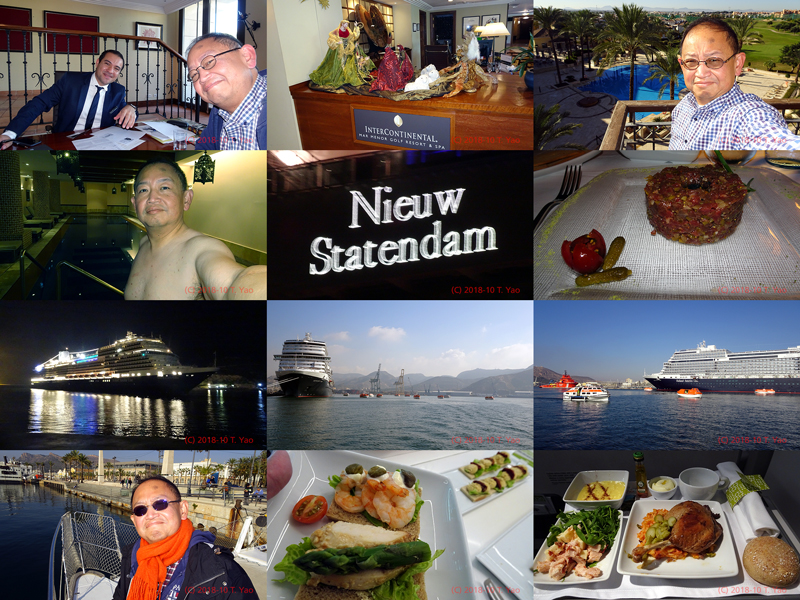